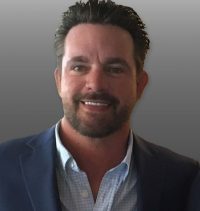 “As ValleyStar strengthens its relationships and builds on its digital integration, Mike Warrell was the obvious choice to move the credit union forward,” ValleyStar President James Rorrer said in a statement. “He has the experience and in-depth understanding to maximize member engagement and support the empowered workforce that makes up the ValleyStar team. “

Warrell was President and CEO of Solano First Federal Credit Union, based in Fairfield, California, which is now a division of Valley Strong Credit Union. In 2015, the National Association Federally-Insured Credit Unions awarded Warrell the “CEO of North America”.

“I take this role as CEO of ValleyStar with deep clarity that I am here to support our team, our members and our ValleyStar community, while ensuring that ValleyStar leads innovation,” said Warrell. “I look forward to working alongside the efficient and collaborative team in place at ValleyStar and I thank the Board of Directors for the trust they have placed in me. “

He holds a BA from Plymouth State College, now Plymouth State University, and a Graduate Certificate in Innovation Engineering from the University of Maine. Warrell is also a graduate of the Filene i3 Program, a two-year leadership program for credit union professionals.

Founded in 1953, ValleyStar has over $ 550 million in assets and operates branches in Collinsville, Danville, Martinsville, Richmond, Roanoke, Rocky Mount and Waynesboro and a loan center in Fishersville.

What is the difference between a credit union and a bank?