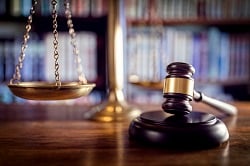 Set up the possibility for the United States Supreme Court to confirm and strengthen its 2016 opinion in Spokeo vs. Robins, the U.S. Court of Appeals for the 7th Circuit released a series of six decisions in December that clarify ongoing Article III issues related to claims under the Fair Debt Collection Practices Act. Thanks to these six opinions, Circuit 7 has unequivocally aligned itself with Circuits 11 and DC in requiring that a complainant plead and provide “competent evidence” of concrete factual prejudice to establish standing under the title. of Article III. Industry players should consider whether these rulings could strengthen a nonsuit motion in the pending cases. Here is a brief analysis of each opinion with respect to the plaintiff’s burden of surviving a motion to dismiss for lack of standing.

The court dismissed the plaintiffs’ claims for lack of standing when they argued a material violation of the FDCPA and alleged feelings of embarrassment and intimidation. The court rejected the complainants’ distinction between “substantive” and “procedural” violations of the FDCPA, finding that alleged “substantial” violations do not automatically confer standing. In short, the plaintiff must always allege and ultimately present evidence of concrete harm, whether the alleged violation is “substantive” or “procedural”.

The court dismissed the plaintiffs’ cases for lack of standing, confirming that “it is not enough that an FDCPA plaintiff simply alleges a violation of the law; it must allege (and establish later) that the violation of the law caused it harm or presented an appreciable risk of harm to the underlying practical interest that Congress sought to protect. Specifically, a requester cannot simply allege that a communication was “false, misleading or deceptive, or unfair and unreasonable”. Rather, a claimant must establish factual prejudice by proving that he took steps to his detriment in response to the disclosure, such as paying a debt that he did not have, or taking another route if he did not. had not received the communication.

The court dismissed the plaintiff’s putative class action because the plaintiff failed to establish factual prejudice as a result of the defendant’s collection letter. The court explained that the complainant was not injured because “she did not pay something that she does not owe (or, in fact, nothing at all) … Although [plaintiff] claimed that she was confused by the language of the letter, she did not link this confusion to an injury. That is to say, “[a] the debtor confused by a dunning letter may be harmed if she acts, to her detriment, on this confusion – if, for example, the confusion leads her to pay something that she does not owe, or to pay a debt with low rate interest when the money could have been used to pay off debt with higher rate interest. But the state of confusion is not in itself a wound.

The court dismissed the plaintiffs’ complaint and explained that:

“The FDCPA anticipates that debtors will use accurate, non-misleading information to choose how to respond to collection attempts and how to manage and repay their debts. ”

See in general 15 USC Sections 1692 (a), (e), 1692nd. This means that in order for concrete damage to result from the exclusion of a reminder letter from a declaration concerning the accumulation of interest, this exclusion must have affected the treatment of their debts by the debtors. There is no evidence in the file that the absence of an expression of interest had an effect on the way in which the [plaintiffs] responded to letters or managed their debts. The [plaintiffs] did not present any evidence, for example, that they had paid off a different debt at a lower interest rate believing that the debts mentioned in the letter would earn no interest. They also did not present evidence that they had taken steps to clear up any confusion as to whether the debts were accruing interest.

In this case, the court looked directly at a consumer’s burden of proof to establish standing when the matter is considered at the motion to dismiss. The court explained that “[o]Once the allegations in support of standing are factually challenged, either by a party or by the court, the claimant must support each controversial element of standing with “competent evidence. “, Which we understood as” a demonstration by a preponderance of evidence, or proof on a reasonable probability, that standing exists.

In Nettles, the court addressed the issue of standing despite the fact that it was not an issue that had been argued in the district court. The court noted that for the purposes of Article III standing, the plaintiff must establish “a real injury – that is, an injury that actually exists, although intangible damage as well as tangible damage may qualify. Reiterating that “an FDCPA claimant must allege concrete prejudice, whether the alleged violation of the law is characterized as procedural or substantive”, the court remanded the case with instructions to dismiss it for incompetence on the grounds that the claimant admitted “that the letter did not affect him at all and that his only injury [was] receipt of a non-compliant collection letter.

Final Shot: Practitioners and Clients Should Carefully Analyze These SixSpeak opinions in order to better understand the latest developments regarding the standing issues of Article III regarding FDCPA claims. Taken together, these six cases challenge the ability of complainants to achieve Article III status on the basis of mere allegations of technical violations of the FDCPA. Instead, complainants will have to allege and ultimately prove that they took action to their detriment by presenting “competent evidence” of such factual prejudice.

Cotter and Hollars are attorneys in the Denver office of Spencer Fane.