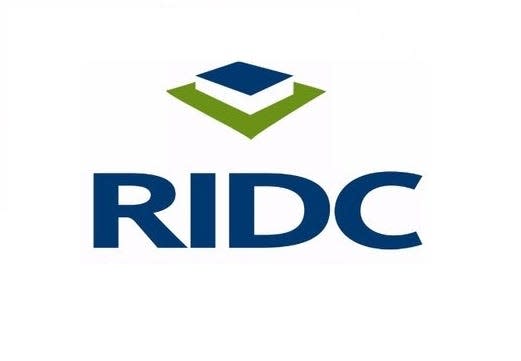 It will be used to acquire 247 acres of land at the intersection of Highway 422 and Baird Road in Mahoning Township for the development of an industrial park project.

That’s according to Lawrence County Commissioner Dan Vogler, who also sits on the RIDC board of directors, which is an unpaid post.

He said the subject property was “relatively flat” which is very rare in western Pennsylvania.

He also said the land years ago was originally intended to be the site of a horse racing track and casino, but plans failed.

The RIDC has business parks throughout the Commonwealth, including one in Lawrence County – the Neshannock Business Park, which Vogler says has been around for more than 20 years and is full of business ventures.

RIDC President Don Smith said the goal of the company, with the proposed industrial park, was both to attract new businesses to Lawrence County and to grow businesses in the area.

“I think there is a great opportunity for new developments and new jobs,” he said.

Smith said he would like the focus to be on manufacturing, technology and distribution companies entering the proposed park.

Following: Recommendations presented on how to move Lawrence County forward

“We believe that there is a strong opportunity in the region for these companies,” he said.

Smith said he envisions the proposed park’s success due to its location on both major highways and major markets like Pittsburgh and Cleveland, as well as the region’s position in competitive cost environments.

He said this region, in particular, has seen a resurgence in demand from industries and infrastructure companies, thanks in large part to supply chain growth.

All of these factors lead Smith to believe that another industrial park in Lawrence County would be beneficial.

He said he would like to start building the foundation for the park in 2022.

Smith added that he is in talks with county and local officials about this potential development and that he has had an excellent working relationship with the county through the Neshannock Business Park.

Nicholas Vercilla is a reporter for the Beaver County Times and Ellwood City Ledger. He can be contacted at [email protected]