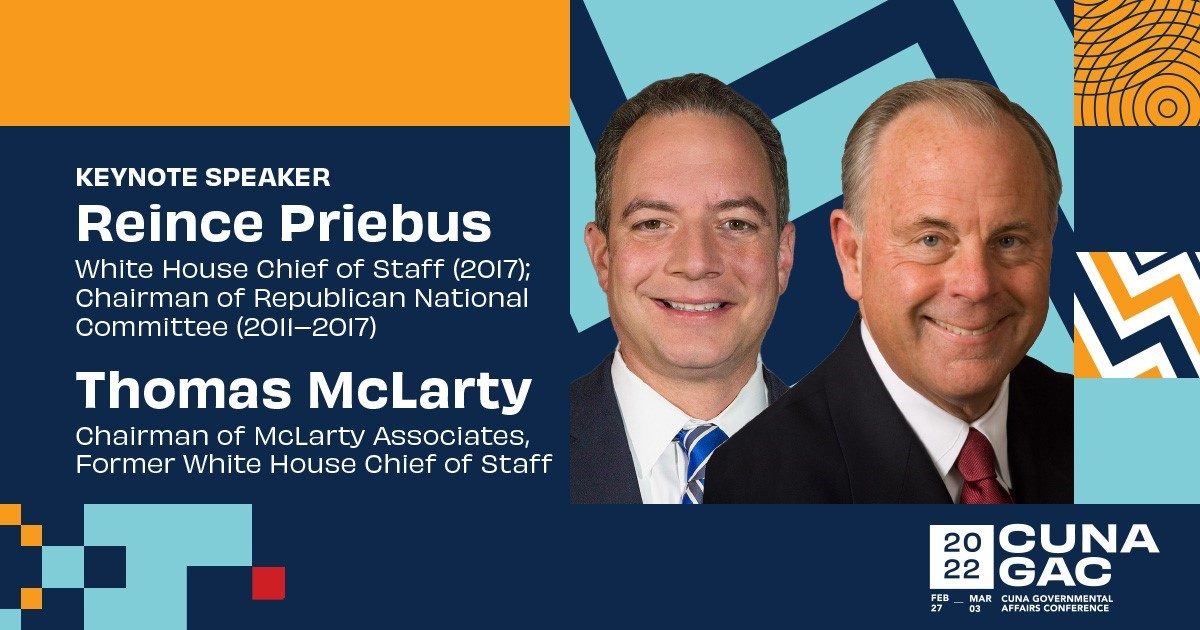 Reince Priebus, President Donald Trump’s first chief of staff, and Thomas “Mack” McLarty, President Bill Clinton’s chief of staff from 1993 to 1994, will participate in a moderated discussion and share their insiders’ perspective on the issues that animate the current debate in Washington.

Priebus will share his views, triumphs and failures of his tenure in the Trump White House, as well as his thoughts on the current political climate.

He is currently a political analyst for CBS News and an officer in the US Navy Reserve. Prior to his time in the White House, Priebus served three terms as chairman of the Republican National Committee. In 2016 he was named one of the Time “100 most influential people”.

McLarty will recount his service to the White House and as an advisor to three US presidents: Bill Clinton, George HW Bush and Jimmy Carter. McLarty helped enact the North American Free Trade Agreement (NAFTA) and the Family and Medical Leave Act while in the White House.

Registration is currently open for CUNA GAC 2022, which will take place February 27 – March 3 in Washington, DC.