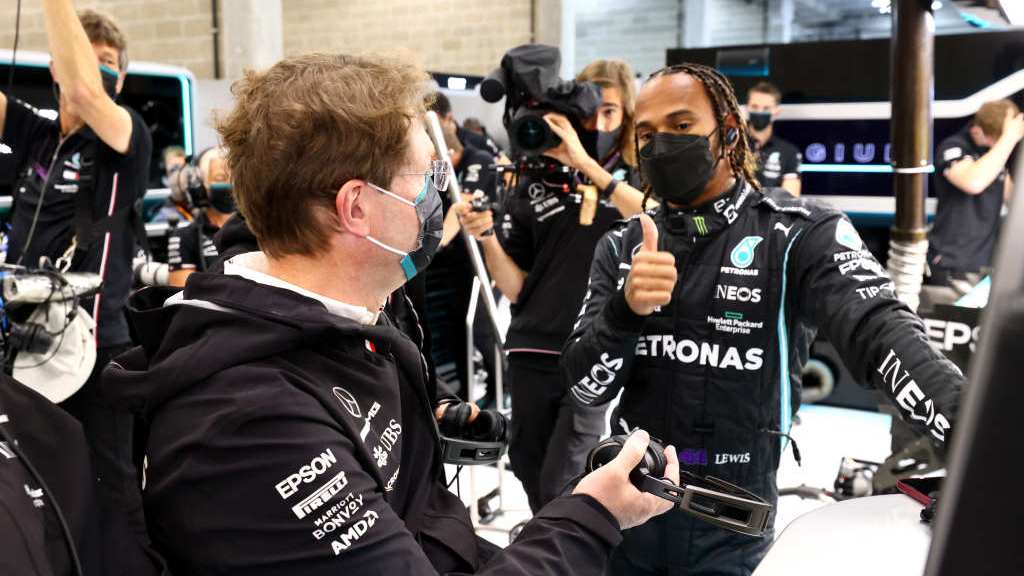 Lewis Hamilton is hoping his approach to the set-up will benefit him more in the race than in qualifying for the Belgian Grand Prix after being overqualified by both Max Verstappen and George Russell.

Lando Norris’ crash in the pouring rain caused a long delay in Q3 but the end of the session was on the intermediate tire, and Hamilton was on provisional pole at the start of the last attempts. However, Russell was the fastest and Hamilton couldn’t beat the Williams on their final lap, before Verstappen took pole, leaving the championship leader in third place, while hoping for a better car for the race.

Norris cleared to race after crash in qualifying

Russell surprised by P2 but thinks he can stay there

“I think there were people with different levels of downforce and we tried to find the best compromise, the best balance for the potential circumstances of today and tomorrow, wet and dry,” said Hamilton. . “So we hope everything is fine, we’ll see what the weather is like tomorrow – we’ll see how it works.

“I think our race pace should be a bit stronger than our pace today. But it’s going to be a handful anyway, especially if it’s under these conditions.

While teammate Valtteri Bottas qualified in eighth place and is set to be demoted another five positions due to a grid penalty won in Hungary, Hamilton believes Mercedes could be strategically under pressure if conditions are stable.

“I don’t really know what happened with Valtteri but it’s unfortunate because I think they have two Red Bulls not too far away. This is going to make things a bit more difficult in terms of strategy as Valtteri also has a penalty. Nonetheless, we will do everything we can. Tomorrow is another day. Hope it’s not a crazy rain like this, but the interchangeable (conditions) could be fun.

While Hamilton was disappointed that he couldn’t match Verstappen and Russell on his final attempt, he says Norris could have demoted him even further, given the pace the McLaren was showing as Mercedes found conditions difficult.

“In Q3, I think my first lap was okay, but difficult for everyone. Glad Lando was okay – he looked incredibly fast. He probably would’ve been here with us, or maybe even pushed me out – he had a good pace today. Hopefully he’ll be back on the road tomorrow.

“Just a tough session for everyone with the rain, more intense in different parts of the circuit. A real fight, I would say, for us with our car today. You also saw with Valtteri, the car was a bit difficult today.