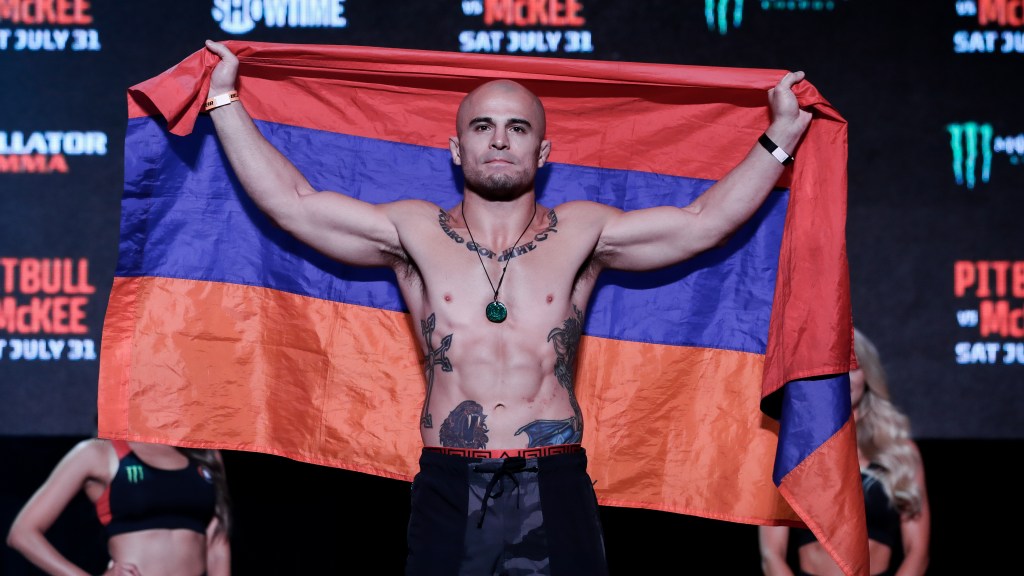 Filling in the short term is no problem for Georgi Karakhanyan and he hopes it will pay off.

At Bellator 266, Karakhanyan (31-11-1 MMA, 9-9 BMMA) will replace injured Adam Piccolotti to face Saul Rogers (14-4 MMA, 2-2 BMMA). The fight will be Karakhanyan’s fifth fight with promotion to the lightweight division, after moving from featherweight in 2020.

Karakhanyan was already in great shape after training with next UFC featherweight title challenger Brian Ortega, so fighting in the short term was no problem for the 40-plus-year-old veteran.

“I feel great, I just feel like old Georgi,” Karakhanyan told MMA Junkie Radio. “They (Bellator) were telling me I wouldn’t be on the Russia map, I said, ‘I’ll be ready, call me. If someone falls apart, can’t come, or gets hurt, call me.

The call has come, but the most important part for Karakhanyan, however, is that this short-term fight will be the last fight in his current contract with Bellator. He hopes an impressive performance there pays off for his next contract, hopefully with the promotion he sees as his home, Bellator. However, if a more lucrative offer is available elsewhere, he may consider his best option.

“Scott Coker and everyone with Bellator have been really cool to me,” Karakhanyan said. “It’s my 19th fight actually with Bellator. Asking me for double what I’m earning right now doesn’t mean anything. I know they pay a lot of fighters a lot of money, but I wouldn’t mind shopping around to see what happens as well.

Since switching to lightweight, Karakhanyan has gone 3-1 in the division, including two submission saves against opponents Paul Redmond and Kiefer Crosbie.

Bellator 266 will take place on September 18 at the SAP Center in San Jose, California. The main card will air on Showtime following MMA Junkie’s preliminaries.

Check out Karakhanyan speaking about his contractual situation in the video above and watch the full interview below.

On the Doorstep: 5 fighters who could make the UFC or the Bellator with wins in September