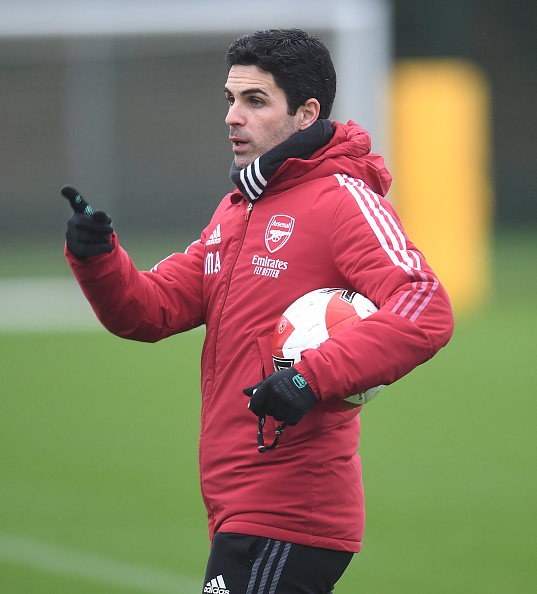 Arsenal manager Mikel Arteta has spoken of the club’s plans to sign a new striker, suggesting that a new signing is near and could even be completed in the current transfer window.

The Gunners are also set to finalize the release on loan of young striker Folarin Balogun, who will transfer to the Middlesbrough league side in the coming days.

Mikel Arteta confirms his intention to sign a new striker

According to the transfer expert Fabrice Romano, 20-year-old striker Folarin Balogun’s loan transfer to Middlesbrough is in its final stages, with a medical examination scheduled in the coming days.

Balogun’s exit would leave Mikel Arteta’s side with another player short of advanced positions, with Gabon international Pierre-Emerick Aubameyang out in the cold and having been stripped of the club’s captain post due to his latest disciplinary offense .

As a result, Arsenal’s need to sign a new senior striker is clear, and Arteta has made no secret that the club are pursuing their options in the current market. He said: ” We are here. Whether we can accomplish this in January or summer is another question – but here we are. We are open [for January too]. “

Jack Wilshere will not re-sign for Arsenal

Former Arsenal midfielder Jack Wilshere has been linked with a return to the club as a free agent, having trained with the first team in an effort to boost his fitness.

Arteta has decided to pour cold water on these rumors and seems to have definitely ruled out a return to the club for Wilshere. Gunners boss said: “I was very clear with the situation with Jack and the role he was going to have here and we continue in the same way.”

Wilshere is looking for a new club as a free agent and feels ready and able to make a comeback, having last played for the previous club Bournemouth until July 2021.