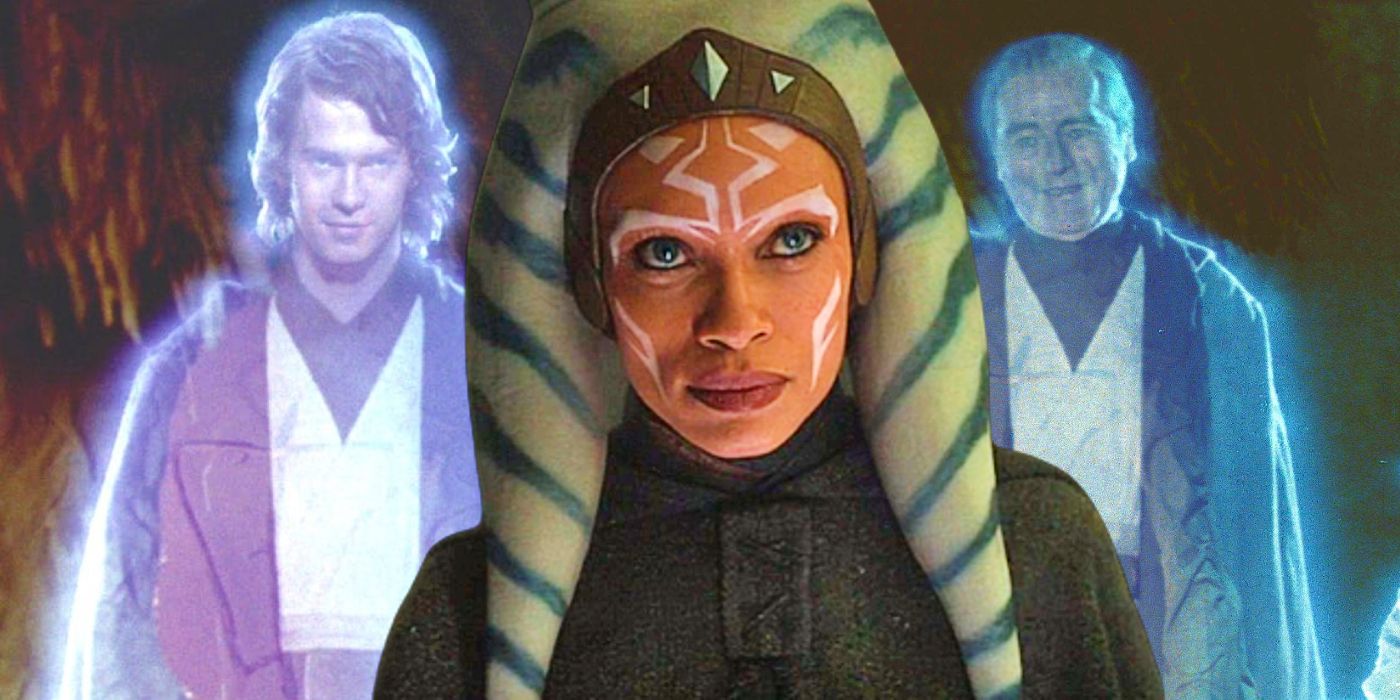 Hayden Christensen will return as Anakin Skywalker on the Star Wars show Ahsoka, and it could herald a change George Lucas made in Return of the Jedi.

The next Ahsoka show will see Hayden Christensen return as Anakin Skywalker, and it could finally pay for George Lucas’ most controversial change to Return of the Jedi. 2022 will mark 20 years since Christensen first played against Anakin in Star Wars: Episode II – Attack of the Clones, and it’s shaping up to be a real special birthday for him. Not only will the actor appear as Darth Vader in Obi wan kenobi, slated for release in 2022, but it’s also coming back for Ahsoka, which will at least start spinning and then exit. The former is perhaps more gripping, given Vader’s status, but the latter is arguably even more important to Anakin’s character.

Christensen’s return completes the redemption of himself and Star wars prequels as a whole. Divided at best upon release, and with a reputation that deteriorated more immediately afterward, the actor and the films each underwent a reassessment as Disney’s. Star wars The era has made its own faux pas, and fans who grew up with the prequels have reached an age where they can dominate or change the cultural discussion about them. This makes the return of Christensen in Obi-wan and Ahsoka all the more fascinating as viewers are waiting to see what he brings to the role after all this time, but the prequels aren’t the only controversial aspect his return can resolve.

George Lucas sadly continued to tinker with his Star wars films before eventually selling Lucasfilm to Disney, with a series of Special Edition edits starting in 1997. Lucas continued to make edits for many subsequent releases and re-releases, and one of the most significant came in 2004 with a new edition of Return of the Jedi. Among the many changes and additions here, which include things like a Boba Fett flirtation, Christensen replaced Sebastian Shaw as Anakin’s Force Ghost. Widely seen as a shameless cash-in from his new prequel star, the addition of Christensen didn’t go well at the time: he was seen as disrespectful to Shaw, an unnecessary change at a key point in the original trilogy. , and, of course, meant adding an actor the audience didn’t quite like. However, Lucas had an artistic intention behind it, and if Anakin’s return in Ahsoka is as Force Ghost, then he can build on and upgrade the Return of the Jedi cash.

Lucas’ reasoning for changing from Shaw to Christensen was that the Force Ghost was a representation of his true light side. Since Anakin went to the dark side in Star Wars: Episode III – Revenge of the Sith, and committed countless atrocities up to the point of his redemption, then Lucas felt that his Force Ghost had to return to the point where he was for the last time a true Jedi Knight, as portrayed by Christensen. This contrasts with the Force Ghosts of Yoda, Obi-Wan Kenobi, and Luke Skywalker, none of whom have turned to the dark side; if that’s all fair in terms of redeeming Vader at the end of Return of the Jedi is more questionable, but Christensen’s return as Anakin’s Force Ghost can further contextualize and explain the change, giving it more depth and meaning and having Anakin himself speak out about his own redemption. and what he thinks about it.

In purely practical terms, Christensen’s return shows another advantage of the Return of the Jedi change, that is, it makes it easier for Anakin’s Force Ghost to spawn. Shaw passed away in 1994, and while the creators of Ahsoka were looking to bring Anakin’s Force Ghost back without the Lucas edition, so there would be a discussion about whether to recast with Christensen, add another actor, or use CGI, as with Grand Moff Tarkin in Rogue One: A Star Wars Story. The 2004 change, at least, means Christensen already exists in canon as Anakin’s Force Ghost, allowing for a more seamless return that can build on Lucas’ division change and hopefully make it. so much better and showing it in a whole new light. .

Next: How Hayden Christensen Can Get Back To Ahsoka (Like Anakin Or Darth Vader?)

James is Screen Rant’s film editor, having started as a writer for the site in 2019. A sports journalism graduate, James quickly realized that supporting the Sunderland AFC was painful enough without writing about it, and So decided to say a lot of nonsense. on movies and TV instead. A former TV editor at WhatCulture, he has a particular love for Star Wars (The Last Jedi was awesome), Game of Thrones (season 8 was good) and Harry Potter (JK Rowling … whatever) – you know, all that. really niche, cheesy stuff. Spending most of his days editing articles or writing about movies and shows, James really enjoys getting away from work and relaxing in, uh, watching movies and shows. He’s fueled by pint-sized teacups, peanut butter, more tea, and calm, constant anger (like Hulk, but not green, strong, or fat).